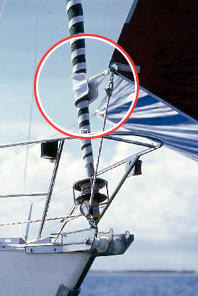 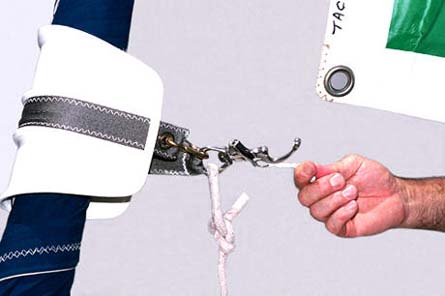 Of course you can fly a spinnaker without a pole and without the TACKER, but bear in mind that a conventional / symmetrical spinnaker is designed to fly a couple of feet above the lifelines. Its foot (between the clew and the tack) should always be horizontal. Securing the spinnaker tack to the deck is not the best way to set the sail. It is too low and the foot of the spinnaker will chafe on the bow pulpit and lifelines. If you add a pennant or a down haul, the spinnaker falls off to leeward and the pennant / down haul chafes on the pulpit and the sail looses its shape and is blanketed by the mainsail.

That's when the TACKER saves the day. It holds the tack, hence the luff of the spinnaker close to the center line of the boat and it can be adjusted up and down with your down haul / tack line for a perfect trim. TheTacker is fitted with a snap shakle, which allows the operator to blow the tack of the spinnaker, making it safer to douse the spinnaker behind the mainsail on a broad reach.

The NEW Tacker is now fitted with a snapshakle, which allows the operator to blow the tack of the spinnaker, making it even easier to control the sail.

The patented Tacker has been developed to control the tack of the cruising spinnaker (asymmetric) by fastening it over the furled headsail and it allows you to use your conventional (symmetric) spinnaker like an asymmetric spinnaker from beam reaching to broad reaching without the need of the spinnaker pole. 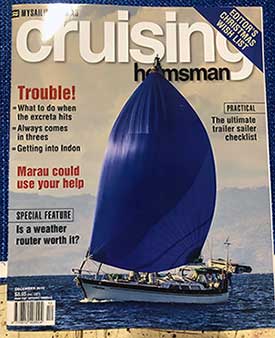 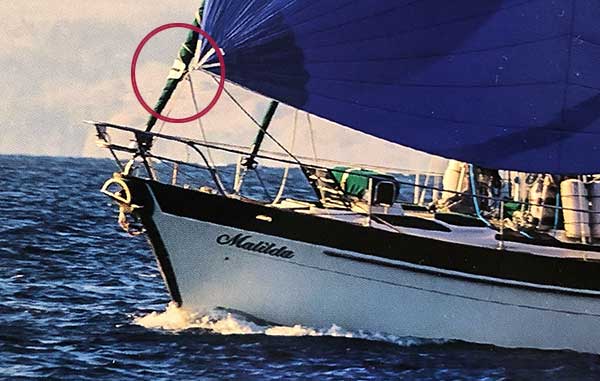 "We think the TACKER is a terrific way for casual sailors to get more use out of their spinnakers ... The inexpensive TACKER allows you to fly a conventional spinnaker without a pole" 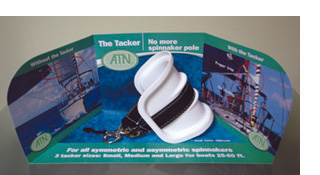 If you're a sailor, be on the lookout for the new ATN Tacker display at your favorite marine store. This display, designed and produced by Laser Advertising, will be on the shelves of vendors soon. The Tacker is a product that allows sailors to use a cruising spinnaker like an asymmetric spinnaker without the need of the spinnaker pole. The three-sided display has photos that show the Tacker in action and its benefits.

Etienne Giroire, an experienced competitor on the international sailing circuit, founded ATN Inc. in 1985. Since then he has developed products to make sailing simple and safe. In addition to the Tacker, ATN Inc. manufactures spinnaker sleeves, Genoa sleeves, the Topclimber and the Gale Sail. The products have been enthusiastically received by sailors throughout the world. To date, ATN has manufactured more than 30,000 spinnaker sleeves, 15,000 Tackers, 10,000 Topclimbers and 2000 Gale Sails. 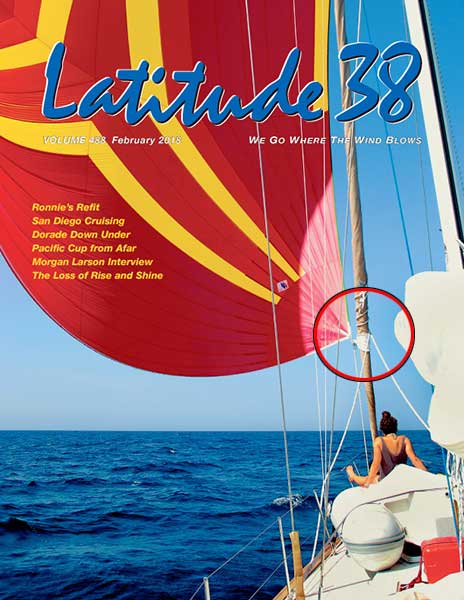 Image from the cruising race/exodus of US sailors down to Mexico every year, organized by "Latitude 38".
Picture illustrates beautifully the ease of operation of the ATN Tacker.

Thanks for sending the Tacker, it arrived just before we left Maryland last fall. I have no idea how you can fly an assym without one? It's simple and beautiful.

I received my repaired ATN Tacker and am looking forward to being able to use it soon. It is a great product and has made flying our asymmetrical spinnaker “a breeze” for my wife and myself. Thank you so very much for the quick response. 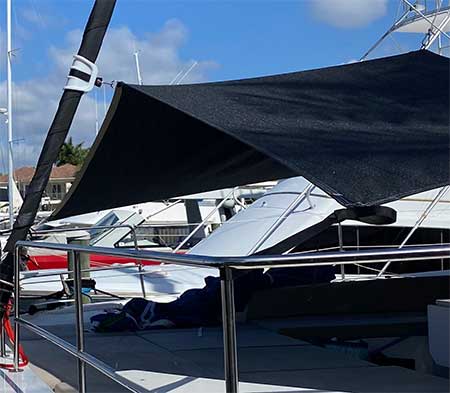 Sample: ATN Tacker in Use 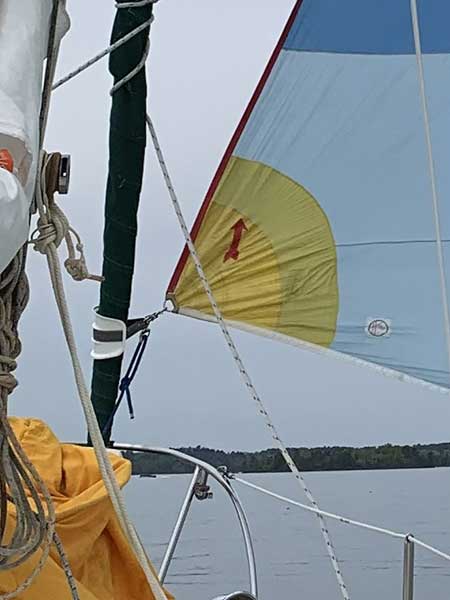