ATN Products
The Gale Sail
Buy Direct and Save! 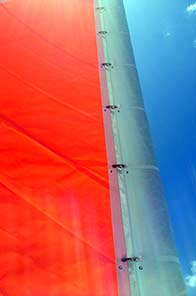 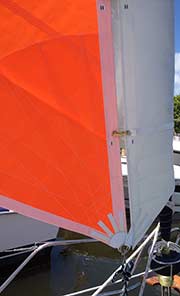 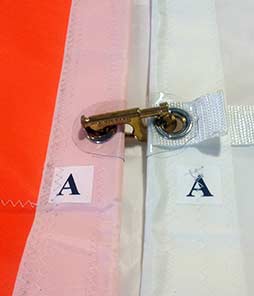 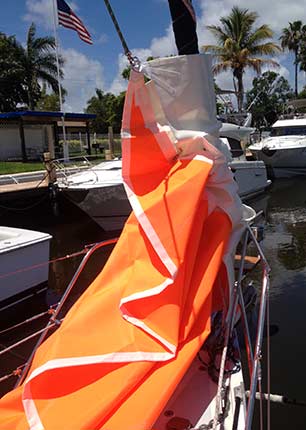 The patented Gale Sail from ATN, inc.
is the safest and easiest way to hoist a storm jib in storm conditions. 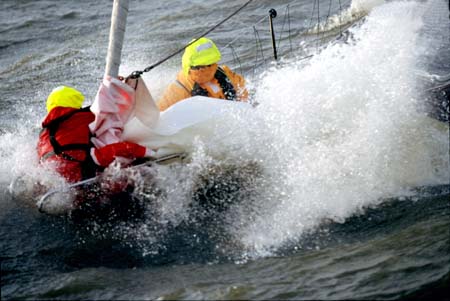 New!
The ATN Gale Sail in now manufactured with Storm Orange Dacron, to satisfy the latest ISAF OSR 4.26.2(a).* 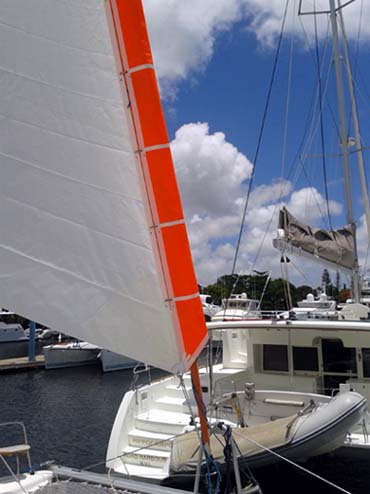 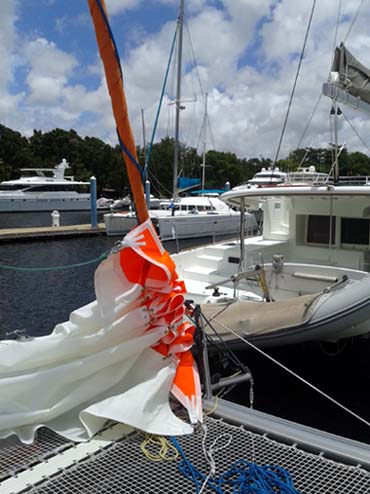 The perfect heavy weather sail, the ATN Gale Sail will prevent
the accidental unfurling of the furled genoa.

Retrofit of Stormjib onto Gale Sail: $22.00/foot of luff length:

I have known Etienne Giroire of ATN for over thirty years. Not only is he a great sailor, he has invented some great products to make sailing more enjoyable and safe. I bought two items from him before my wife and I set sail to do a circumnavigation in our 52 ft. ketch Lolita in 1999. The ATN Gale Sail (storm jib) was used often, in survival storms to just average trade winds of 30 to 35 knots for days at a time. Easy and safe, it is a must on any yacht. The ATN Spinnaker Sleeve made using a Spinnaker easy and fun. I know I would not have even taken the spinnaker along without his sleeve. I am in the process of retiring again from selling yachts and setting sail on my new yacht (48 Amel Ketch) to the South Pacific and I'm buying both the spinnaker sleeve and the Gale Sail from my friend ATN.


"I purchased your Gale Sail for my Beneteau 445 and used it 30-45 knots of wind on the passage from Bermuda to the Chesapeake. It worked great! We flew the Gale Sail almost the entire time."

I love the Gale Sail you recently sent me!
I was out in 25 to 30 knots and found it easy to set up and boat responded beautifully. I was surprised how much punch it added to my single-reefed main -- and at how well I could point. I was tacking through 75 degrees. I wouldn't expect to be able to do that in any kind of sea, but still it's nice to know that I can claw to windward if need be.
The sail is beautifully made. It will be nice peace of mind just having it aboard.
Thanks."

We had terrible weather in both directions, all of which was unseasonable in both intensity and duration: Climate Change has begun. We'd call it a Small Craft Advisory or higher, with winds to 35 knots and seas to 20 feet. A few days into our return trip, the roller furling began to fail and after several days of attempting to repair it, we finally decided to bend on our ATN Gale Sail.

With our roller furling inoperable, we had difficulty getting the jib to behave while we hoisted the Gale Sail, but we finally succeeded. The Gale Sail returned control to us, reduced our boat speed, and let Wings get back on her feet again.

We want to present the ATN Gale Sail with the Best Gear Award for the trip! It bends on as advertised and is strong and dependable.

Thank you, ATN, for providing such a fine product. It's the first time that we've relied on it and it came through with flying colors.